An all-star line-up of women in roots music

Our March Lockdown Livestream was another absolutely outstanding evening of music. Thanks to all of you who tuned in, donated, commented and shared on social media! You can watch the gig again below. Massive thanks once again to Arts Council England for the funding support.

I’m excited to present a simply awesome line-up of some of my favourite female roots music artists, in celebration of International Women’s Day this week. We’ll be livestreaming to our True North Music Facebook page and our True North Music YouTube channel and we’ll be welcoming Paypal donations.

I’m delighted that renowned musician and singer-songwriter Sierra Hull will be joining us. In her first 25 years alone, multi-instrumentalist Sierra hit more milestones than many musicians accomplish in a lifetime. Making her Grand Ole Opry debut at the age of 10 alongside Alison Krauss, the virtuoso mandolinist played Carnegie Hall at age 12 and landed a deal with 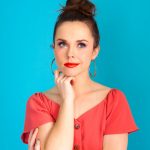 Rounder Records just a year later. Sierra has performed and toured with multiple projects including duos with super-bassist Ethan Jodziewicz and with her husband, bluegrass multi-instrumentalist Justin Moses. Still only 29, Sierra released her acclaimed fourth album 25 Trips in February 2020, working with producer/engineer Shani Gandhi. Sierra’s co-write with Kai Welch, Ceiling to the Floor, has been nominated for a 2021 Grammy Award, joining her 2017 Grammy nomination for her previous album Weighted Mind. Having been an accomplished guitarist for years, and with more time at home over the last year, the prodigiously talented Sierra seems to have also become one of the most brilliant flatpickers in Nashville! We first met Sierra when she and banjo star Ron Block performed a sell-out show for us in Sheffield back in 2016, and in 2017 we hosted a stunning gig for Sierra and Ethan. Sierra is a breathtakingly accomplished artist and a wonderful human being.

Hannah Read is a versatile Scottish multi-instrumentalist widely recognised on the international stage. Perhaps best known for her fiddle playing, songwriting and composing, Hannah is also a skilful guitarist and has moved further into singer-songwriter territory in recent years. Her 2018 solo album Way Out I’ll Wander drew comparisons with the likes of Sandy Denny and Joni Mitchell, and is an atmospheric delight, weaving in influences from both sides of the Atlantic and featuring special guests including Sarah Jarosz and Jefferson Hamer. Hannah was also part of 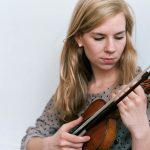 the critically acclaimed British folk supergroup Songs of Separation, Album of the Year winners at the 2017 BBC Radio 2 Folk Awards. She spent her youth playing fiddle and singing in the rich traditional music scenes of Edinburgh and the Isle of Eigg, and later moved to the USA to attend the prestigious Berklee College of Music. During the next decade living in Boston and New York, collaboration through music was a major part of Hannah’s growth as a musician. She has recorded with notable artists including Rosanne Cash and Rowan Rheingans, and has performed worldwide with luminaries including Kris Drever, Darlingside and Julie Fowlis, to name just a few. We’ve had Hannah on our gig wish list for several years and we’re so glad she can perform for our March livestream.

Hugely talented musician Isa Burke is primarily known for being one-third of the outstanding folk-rock band Lula Wiles, with whom she has toured internationally and released two albums. Their next album Shame and Sedition is due out later this spring. Equally talented as a singer, songwriter and instrumentalist (on guitar, fiddle and clawhammer banjo) Isa’s magnificent singing, jaw-dropping instrumental chops and insightful, razor-sharp lyrics form 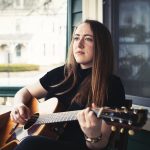 a potent combination. She grew up immersed in a thriving traditional music community in Maine, and deepened and broadened her musical practice and knowledge while studying at Berklee College of Music in Boston. Isa has been known to take on adventurous projects like learning all of Lindsey Buckingham’s guitar parts for a Rumours tribute show, or starting a group dedicated to writing a song every day for a month! A collaborator at heart, she is also an electrifying solo performer, and is planning a forthcoming solo album. Isa has frequently worked as a side musician and producer and has collaborated with many acclaimed artists including Session Americana and Rose Cousins. I had been discussing a Lula Wiles UK tour with the band’s management pre-pandemic, so I’m delighted to host Isa for a solo performance.

Caitlin Canty is an exceptional American singer/songwriter whose music carves a line through folk, blues, and country ballads. Her evocative voice, gorgeous songs and spare, expressive guitar are captivating. Caitlin’s recent single, the bittersweet and moving Where is the Heart of My Country, was released in autumn 2020. Her third solo album Motel Bouquet (2018) features ten original songs that hold her voice firmly in the spotlight. Produced by Grammy-winning Noam 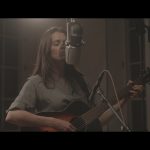 Pikelny (Punch Brothers) it features some of the finest musicians in roots music, including fiddler Stuart Duncan and vocalist Aoife O’Donovan. Since the release of her critically-acclaimed debut in 2015, Caitlin has toured throughout the USA and Europe, sharing stages with Mary Chapin Carpenter and The Milk Carton Kids among others. She has recorded with Darlingside and the duo Down Like Silver, and her song Get Up was nominated for Song of the Year in Folk Alliance’s International Music Awards. Raised in small-town Vermont, in 2009 she quit her day job as an environmental sustainability consultant in New York, and set out to make music full time, moving to Nashville in 2015. I discovered Caitlin’s music a couple of years ago and was absolutely bowled over, and I’m so delighted that she will be part of our March Lockdown Livestream.

We had originally hoped to film at and live stream a March gig from our local venue, The Carlile Institute, but current lockdown restrictions  make that impossible. The silver lining is that I’ve been able to confirm a stellar line-up of musicians from across the world! We’ll announce more details and running order nearer the time, but please join us on Saturday 13th March 2021! We’ll be going live at 7.30pm UK time (2.30pm EST/1.30pm CST) and broadcasting to our True North Music Facebook page and our True North Music YouTube channel.

We want to acknowledge the generous support of Arts Council England who awarded us some funding from the Project Grants: Supporting Grassroots Live Music fund back in October. This has helped to underwrite our Fall into Autumn virtual festival and the Feb and March 2021 livestream concerts. This support has been crucial to help True North Music survive this time of no

real-life tours and concerts, and adapt to producing online events. It has also enabled us to pay all the participating musicians a reasonable guaranteed fee. We still need your help though, and will be requesting donations to help us balance our budget, cover all costs and pay the artists as much as possible –  so please donate if you can!