As expected, everyone was blown away by this stellar super-duo and most shows ended up sold out or nearly sold out! Thanks to all the promoters who hosted and all the music lovers who bought tickets – this was a special one.

Ron Block is one of the biggest stars on the American roots music scene. Bluegrass banjo ace Ron (Alison Krauss & Union Station) is also a superb guitarist, multiple Grammy winner and songwriter. An outstanding musician, Ron has also performed and recorded with Kate Rusby, Brad Paisley and Sierra Hull to name just a few. Tony Furtado is an exceptional banjoist, slide guitarist, singer and songwriter who shot to prominence when he won the Winfield National Banjo championships as a teenager. A charismatic live performer, Tony has toured worldwide for over 25 years and has collaborated with world class musicians including Jerry Douglas, Tim O’Brien and Dirk Powell. Ron and Tony are old friends, and this special duo collaboration is guaranteed to be a stellar presentation of American roots music!

Ron Block’s musical pedigree is extensive and impressive, with an almost embarrassingly long list of awards and credits to his name. Nashville veteran Ron has won 14 Grammy Awards and is well known worldwide as a long time member of bluegrass supergroup Alison Krauss 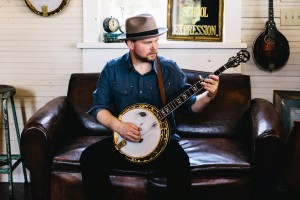 & Union Station, playing both banjo and guitar, as well as singing harmony and writing several of the band’s best-loved songs. In addition to his work with Alison Krauss, California-born Ron has released several solo albums including 2015’s Hogan’s House of Music. With a myriad of influences ranging from blues to folk, as well as deep roots in bluegrass, Ron has played, recorded and collaborated with dozens of renowned musicians including Dolly Parton, Sam Bush, Stuart Duncan and Vince Gill. He has also worked regularly with UK folk favourites Kate Rusby and Damien O’Kane, his recent collaboration with Damien resulted in 2018’s Banjophony album, and he also toured the UK in 2016 with rising star and Grammy nominee Sierra Hull. Ron also performed on the soundtrack for the award-winning Coen Brothers film O Brother Where Art Thou, which brought bluegrass and old time music to wider prominence back in 2000.

Tony Furtado is a stunning live performer who has been hailed as a genius on banjo and slide guitar. Also born in California, at the age of 19 Tony won the prestigious National Banjo Championships in Winfield, Kansas and subsequently signed to Rounder Records, releasing six acclaimed albums with 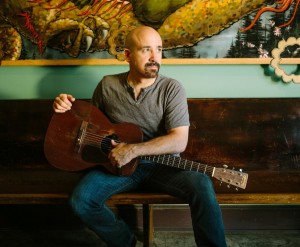 them which blended jazz, bluegrass, folk and blues influences. Over the years Tony has collaborated, performed and recorded with numerous master musicians and acoustic greats  including Alison Krauss, Kelly Joe Phelps, Mike Marshall, Seth Lakeman, Laurie Lewis, Matt Flinner and many more. Now based in Portland, Oregon, Tony is an evocative and soulful singer, a wide-ranging songwriter and a virtuoso multi-instrumentalist adept on banjo, cello-banjo, slide guitar and baritone ukulele. A tireless road musician, Tony has toured worldwide since the 1990s, playing his captivating brand of Americana and acoustic roots both solo and with his band, and performing at top venues and prestigious festivals including the Telluride Bluegrass Festival, Winnipeg Folk Festival, San Jose Jazz Festival and countless others.