Man About A Horse made loads of new fans and friends on their debut UK tour – what a fantastic band! We’re already making plans to bring them back in 2020…stay tuned!

“Fabulous .. sold out crowd just loving it. Oh my word, what are you going to do next, you’ve raised the bar again!”  – Richard Dales-Coupland (Radio Zetland) – Saltburn Arts

Man About a Horse is an exciting quintet from Philadelphia PA, which blends newgrass, Americana, rock, blues and more with classic bluegrass instrumentation and top notch harmony vocals. When we visited the IBMA (International Bluegrass Music Association) World of Bluegrass festival in Raleigh, North Carolina last year, Man About a Horse was one of the standout acts showcasing at the event. We’re delighted to be bringing the band over for their debut UK tour this summer! A discovery of a shared love of bluegrass by co-founders Matt Thomas (double bass) and Matt “Roy” Royles (guitar/vocals) led to the formation of Man About a Horse in 2014. The line-up is completed by Dan Whitener (Gangstagrass) on banjo/vocals, Matthew Hiller on mandolin, and fiddler Eric Lee, all superb musicians at the top of their game. The band has released two studio recordings to date, their 2015 EP and their self-titled debut album in 2017 which earned widespread praise. 2018 was a breakout year for Man About a Horse, with successful tours across the US and a number of awards and plaudits. They won the Band contest at Freshgrass festival and were named 2018 Emerging Artist at the prestigious Grey Fox Bluegrass festival. In September, the quintet was nominated for a coveted Band Momentum Award by the IBMA. Man About A Horse is a hugely entertaining, barnstorming live band that will get your feet tapping and leave you with a smile on your face! 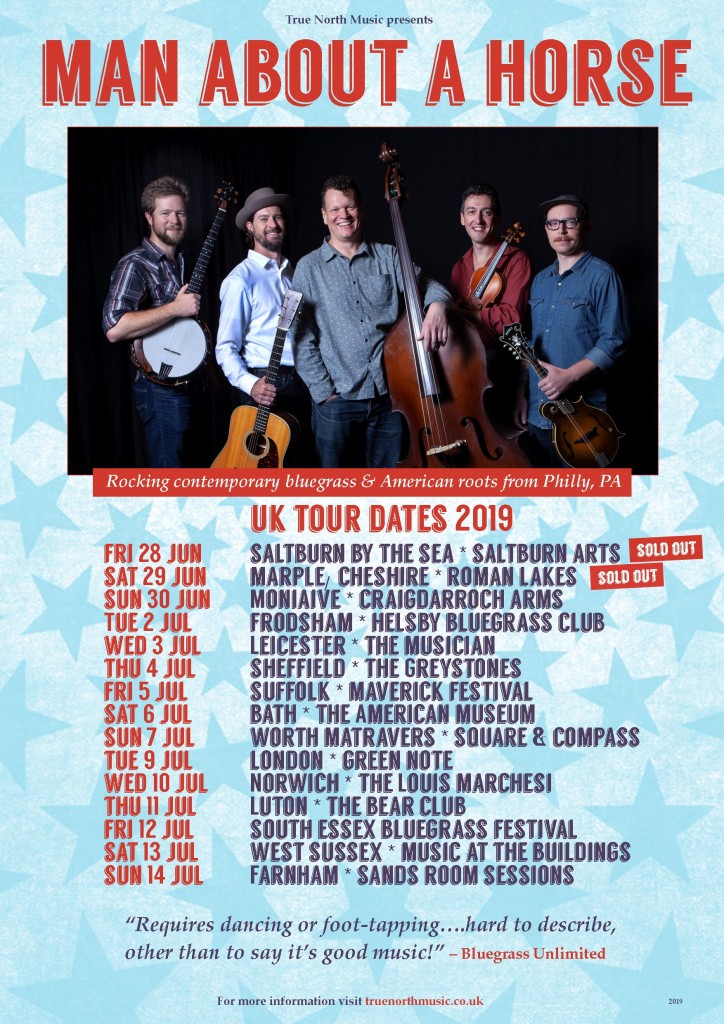