Maria Wallace has been successfully promoting concerts under the True North Music banner since early 2015. Based in Yorkshire in the north of England, True North Music specialises in Americana, bluegrass, old time, folk & roots. Over the past five years we have personally hosted over 50 gigs in Yorkshire featuring excellent artists from 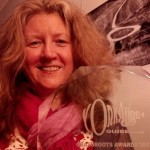 the USA, UK and Canada, including Molly Tuttle, Front Country, Sierra Hull, The Railsplitters, the April Verch Band,  Jaywalkers, Cahalen Morrison & Eli West, Laura Cortese & the Dance Cards and Foghorn Stringband to name just a few. Visit our concert promotion site here for more details on upcoming gigs in Yorkshire. Maria is proud to have won the Outstanding Promoter award at the 2017 Yorkshire Gig Guide Grassroots Awards, and was also a finalist in 2019!

Since expanding into booking work in 2016, True North Music has brought more  top flight Americana, bluegrass, old time and folk/roots music to venues and festivals across the UK. Maria has to date booked tours for artists including Bill and the Belles, Ron Block & Tony Furtado, Mile Twelve, Front Country, John Reischman & the Jaybirds, Man About A Horse, AJ Lee & Blue Summit, The Slocan Ramblers, Newberry & Verch and many more. Maria has also been working in partnership with the Omagh Bluegrass festival in Northern Ireland for the past two years, to help bring some of the finest roots artists to that major event. We were also planning to host our very first Americana & Bluegrass Day this year (now postponed to 2021) with the support of Arts Council funding. Both in our mini-fest and overall programming and booking, achieving a fair level of gender parity is very important to us. We champion female performers as a significant proportion of our roster – check out our #keychange page for more on this topic.

Maria was invited to the USA in September 2018 as a guest of arts organisation South Arts, and participated in the Performing Arts Discovery: American Sounds programme (PADAS) as part of a small group of international presenters. We visited IBMA World of Bluegrass in NC and Performing Arts Exchange in FL, to see and hear quintessentially American music. In March 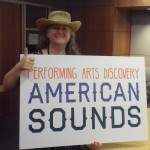 2019, Maria travelled to Nashville to participate in the prestigious Leadership Bluegrass course run by the International Bluegrass Music Association (IBMA). In autumn 2019, Maria was invited to Canada by Music PEI for their showcase event on Prince Edward Island, and in September she also attended IBMA’s World of Bluegrass event again. This was another fruitful visit as Maria made more valuable new contacts and also got to see many current True North Music clients performing as official showcase artists, including Allison de Groot & Tatiana Hargreaves, The Slocan Ramblers, Mile Twelve and AJ Lee & Blue Summit. They all made a big impression at IBMA in 2019, which just goes to show that we have our finger on the pulse! 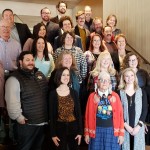 With a professional background in marketing and communications, Maria has been active in the bluegrass, old time and folk music community in the UK for well over a decade – as a singer, songwriter, fiddle and banjo player and fan, and more recently as promoter and agent. She also writes occasional articles and interviews for online and print publications including Folk Radio UK, British Bluegrass News and Old Time News.  Maria is passionate about roots music and has spent years on the scene listening, playing, learning and writing about it as a fan and participant. The relationships she has built along the way are now helping True North Music bring the very best roots music artists to Yorkshire and the rest of the UK.

Maria is a member of the following associations and organisations: